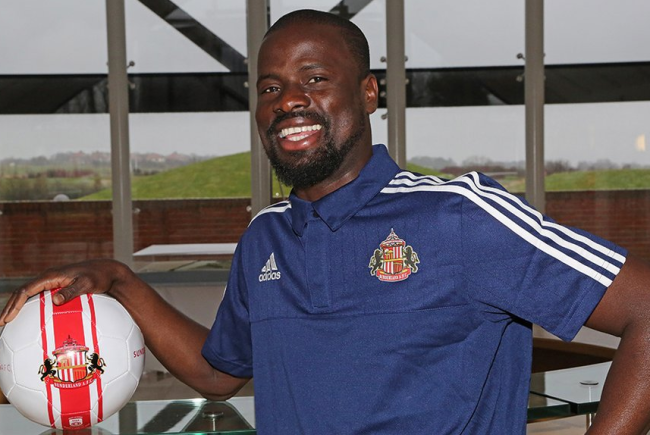 Emmanuel Eboue, the man brought in to save Sunderland’s season, has seen his contract terminated today after the defender was hit with a one-year ban from FIFA.

Indeed, Eboue has been banned from all football-related activity for one year over a dispute relating to money owed to a former agent that dates from 2013.

The 32-year-old full-back, who only signed for Sunderland 22 days ago, now has two weeks to lodge an appeal.

What a bleedin’ palaver.