Roma icon Francesco Totti has bemoaned the lack of loyalty in modern football, with Gonazalo Higuain’s €90 million move from Napoli to Juventus not impressing the 39-year-old former Italian international. 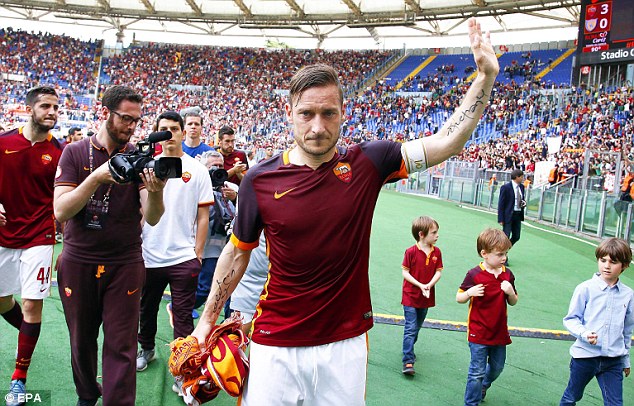 After seeing the likes of Higuain and ex-Roma playmaker Miralme Pjanic move to Juventus in big-money deals, Totti, a man who has spent his long and glittering career with boyhood club Roma, has spoken out.

Modern players are a bit like nomads. They are following the money, not their heart. Not many athletes follow their heart. They decide to move elsewhere to win trophies and to earn more money.

Football has changed a lot, it is all about money now. Players change teams all the time, to make a bit more money elsewhere. It’s more about money than about passion.

People go to the stadiums to enjoy themselves and to see players in action who will always be with their team. They expect not to be betrayed.

Just look at what happened with Higuain, leaving Napoli for Juventus. It’s a disaster.

But it is apparently quite normal for a foreign player these days to just leave for another team where they can make more money. It’s a mentality problem.

Totti then referenced Diego Maradona’s successful spell in Serie A, where the Argentine superstar only played for Napoli, saying:

While Totti’s loyalty to Roma is something to be applauded, I’m not really sure if there’s anything wrong with a professional footballer looking to earn the best wage he (or she) can before their short career ends.

After all, for the players themselves, it’s only a job at the end of the day?