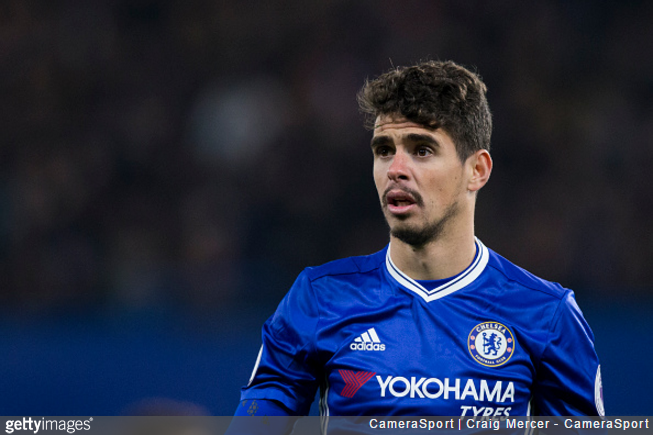 Chelsea have reportedly agreed a stupefyingly humongous deal that will see Oscar depart for the Chinese Super League in January.

Matt Law in the Daily Mail is reporting that the Blues have unsurprisingly decided to accept a £60million bid from Shanghai SIPG (who are currently coached by Andres Villas-Boas) and that the spry Brazilian playmaker has already said his goodbyes.

Oscar has told his Chelsea team-mates that he is moving to China, where he will link up with Villas-Boas at Shanghai SIPG, having fallen out of favour at Stamford Bridge under head coach Antonio Conte.

By heck, Chinese football certainly has a penchant for overpriced Brazilians.

Anyway, if the mega-deal goes through, Oscar – who has made just six starts under Conte – will become Chelsea’s most expensive sale, eclipsing the £50million they reaped from David Luiz’s move to PSG in 2014.

Of course, flighty as he may be, Oscar is far too good to be whiling his days away playing in an exhibition league, however lucrative it may be.

We give it 12 months tops before he finally joins Juventus as nature intended.