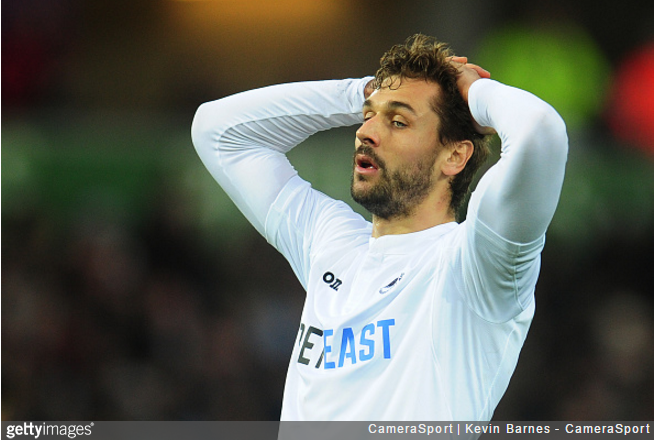 Chelsea are hell-bent on signing Fernando Llorente from Swansea this month.

According to Fabrizio Romano in the Guardian, Antonio Conte has personally requested that Llorente be acquired.

Indeed, the Blues coach thinks he would be the “perfect replacement” for Diego Costa should his first-choice striker get injured or – entirely more likely – suspended at some point from hereon out.

Chelsea are interested in securing Llorente on loan or on a permanent transfer but are aware that they are facing a struggle to convince Swansea to part company with a striker who has scored six goals already this season.

Llorente played under Conte at Juventus and has actually scored just as many goals as Jermain Defoe from open play this season – so he’s not doing too badly despite Swansea being the square root of garbage.

Romano also posits that, should the Spanish target man make the move, Chelsea will immediately look to loan out Michy Batshuayi, who has made little to no impact at The Bridge since his £33million transfer from Marseille six months ago.