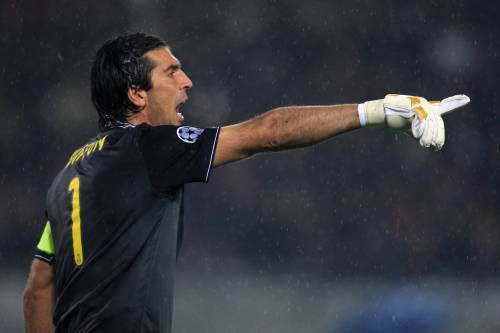 Juventus ‘keeper Gianluigi Buffon has revealed that the reason he spurned Manchester City’s advances last summer is that they aren’t a big enough club to sign him.

The 32-year-old Italian stopper was reportedly the subject of a huge bid from City (rumoured to be anywhere between €25-75 million) but Buffon rejected a switch to Eastlands as he deemed Roberto Mancini‘s side to be a step down career-wise;

“It doesn’t surprise me that a lot of big players have turned down Manchester City, the best players in the world want to be playing for the top teams in the top three leagues, no more than five or six teams in Europe.

It’s a very elite list and Manchester City have to accept the fact they are not one of them.

I read that City were interested in me last summer. I don’t know if anything was tabled, but there is no way I could have considered it. I couldn’t justify leaving one of Europe’s most famous clubs for a team that are not playing football at the highest level.”

Gigi also added that City will need to qualify for the Champions League next season if they are to able to attract the cream of the crop.

“They have signed some fantastic players, but if they want to go up to the next level and sign even better players then they must claim a Champions League spot this year.”

That is what I believe the youth of today refer to as a ‘burn’.