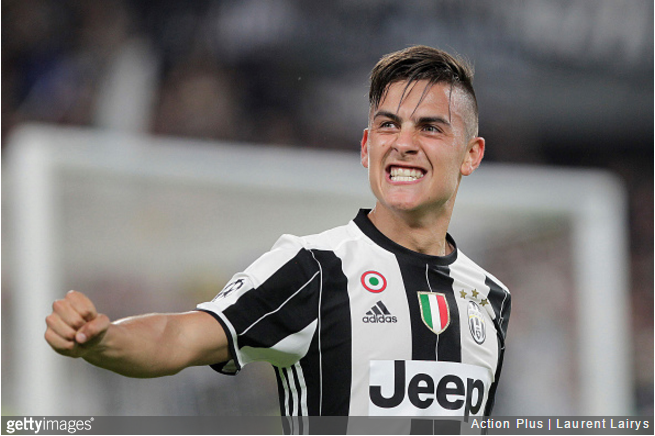 Hear that? That faint moaning is every Premier League tabloid gossip column hack weeping in unison at the news that the man who was poised to provide a fair bulk of their summer mileage has been taken off the market.

Fresh from scoring twice in Tuesday’s thrashing of Barcelona, Paulo Dybala has signed a new and improved contract with Juventus through to 2022…

Having been spuriously linked to all the usual suspects – Chelsea, Manchester United, Arsenal, etc – over recent months, the 23-year-old Argentine has now officially sworn his long-term future to the Bianconeri in return for a reported  €7million annual salary.

Indeed, that will make Dybala the second highest-paid player in Serie A, behind teammate Gonzalo Higuain.

All we need now is for Antoine Griezmann to sign a mammoth new deal at Atletico Madrid and we may well see the rumour mill go the way of British Leyland.