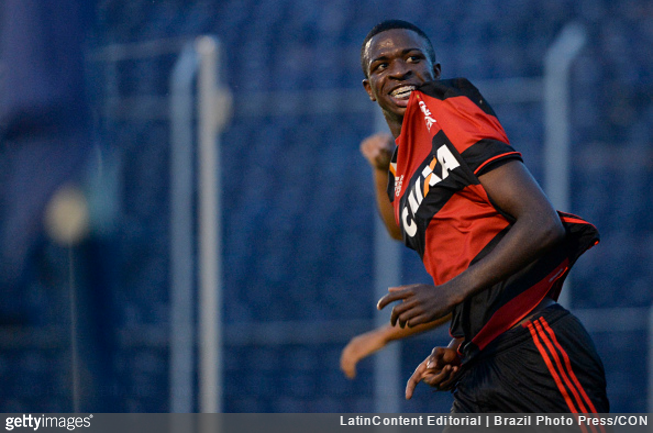 The newly-crowned La Liga champions have issued a statement to confirm that they have completed a deal for Vinicius Junior, who has two – count ’em, two – senior appearances under his belt for Flamengo.

Madrid hurried the deal through by fronting up the cash to trigger the youngster’s €45million release clause.

As part of the transfer, Vinicius will remain with Flamengo up until July 2019, though Los Blancos has reserved the right to spirit him away at any point before then should they wish.