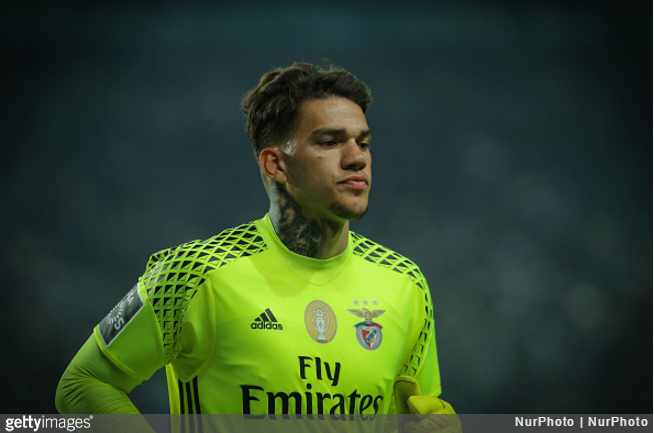 Benfica have emitted a short statement to confirm that Man City’s purchase of goalkeeper Ederson has now gone through.

The Portuguese club have declared that the deal is worth €40million (around £35million), with 50% going to third parties.

The transaction was made public when Benfica announced it to the Portuguese Securities Market Commission. 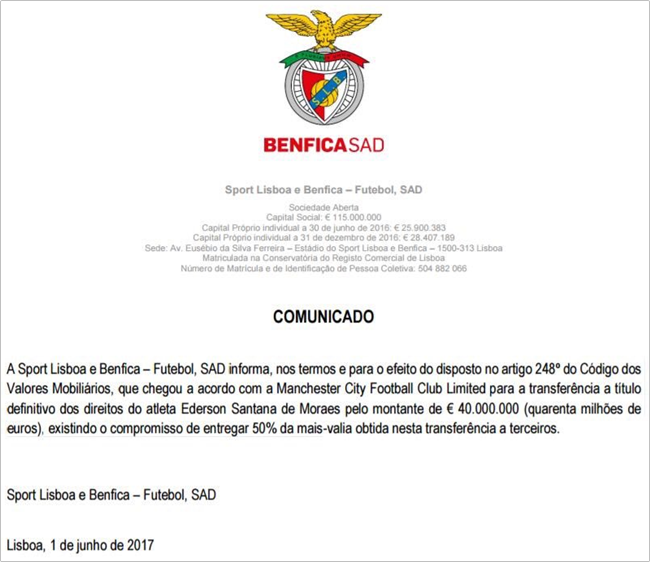 City on the other hand are yet to make a formal announcement as they are still waiting on the Premier League to ratify the aforementioned third-party issues.

Basically, it’s as good as done.