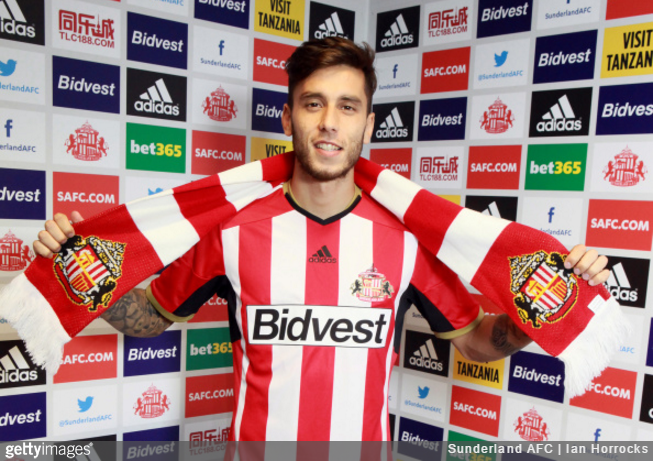 The man you see afore you is Ricky Alvarez and, quite frankly, we’d forgive even the staunchest Sunderland fan for not recalling his ill-fated stint at the Stadium of Light.

The spindly Argentinian attacking midfielder signed on a season-long deadline day loan from Inter Milan in August 2014 and went on to make just five Premier League starts for the Black Cats, scoring precisely zero goals and offering pretty much nothing for the duration.

Fatefully, a clause was also inserted into the loan deal that meant Sunderland were obligated to buy Alvarez for €10.5million should they successfully avoid relegation.

Survive the drop they duly did, but Alvarez proved to be such a non-entity that he was included in just two matchday squads from February onwards. Inter refused to terminate the loan early, meaning that the hapless Argentinian was rendered a de facto free agent, stuck in limbo between two clubs that didn’t want him.

Despite triggering the mandatory purchase commitment, Sunderland refused to buy Alvarez on the basis that, allied with awful performances, the player had been injured for long spells of the campaign. Sure enough, the case went to court.

Almost exactly two years later and after several appeals in several different courts, the Court of Arbitration for Sport (CAS) are now due to deliver their final verdict on the case.

Indeed, sport lawyers Bolt Burden are reporting that, while no formal decision has been reached yet, the Black Cats are likely to be forced to pay Inter around £9million for a transfer that never happened.

With transfer nous like that, is it any wonder they’re always skint?