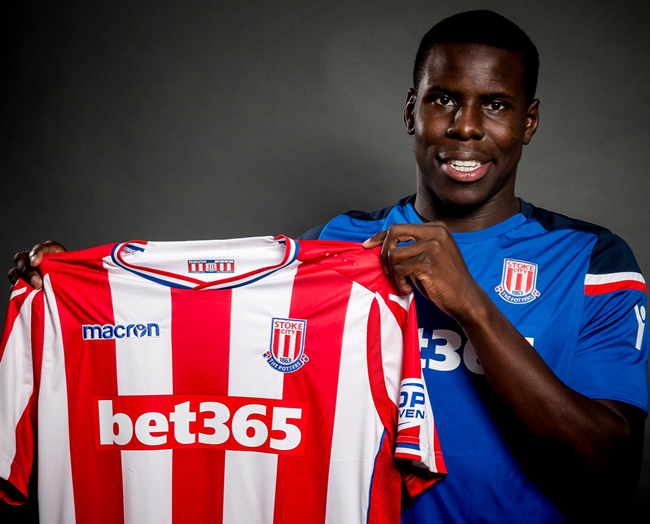 Stoke City have pulled off a rather neato little coup by securing the services of Kurt Zouma on a season-long loan from Chelsea.

The deal was made official this afternoon…

✍️ #SCFC are pleased to confirm the signing of @KurtZouma on a season-long loan from @premierleague Champions @ChelseaFC#WelcomeZouma 🔴⚪️ pic.twitter.com/Y0zlU0Sa8d

The 22-year-old French international defender suffered a horrible knee injury back in February of 2016 and only made 13 appearances last season as a result.

The loan (which will reportedly cost Stoke £2million upfront and 50% of Zouma’s wages) is presumably Chelsea’s way of ensuring he gets a full-season of first-team football under his belt as part of his continued rehabilitation.

Indeed, the Blues are obviously intent on keeping Zouma for the long haul, as they’ve also announced the agreement of a new six-year contract extension at Stamford Bridge into the bargain…

News of a new contract and a loan for @KurtZouma. Good luck, Kurt!https://t.co/7UxZpYe3bW

A good deal for all involved parties, wethinks.