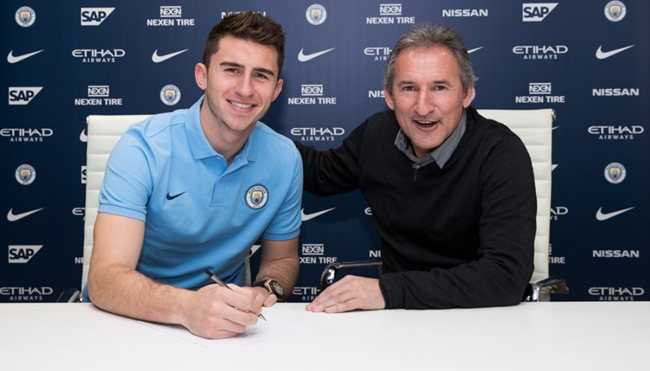 Man City have broken their transfer record to sign Aymeric Laporte from Athletic Bilbao is a deal said to be worth €65million (£57million-ish).

City triggered the release clause in Laporte’s contract, thus making him their most expensive ever signing by eclipsing the £55million they paid for Kevin de Bruyne.

The uncapped French centre-half, 23, has signed a five-year contract at the Etihad and will take the No.14 shirt vacated by Wilfried Bony a couple of seasons ago.

Aymeric Laporte has fulfilled the requirements for the valid unilateral resolution of the work contract that linked him to Athletic Club.

The aforementioned certification states the player has expressed his desire to terminate and unilaterally resolve the contractual relationship that joined him from the 2009/10 season and that the compensation established in the contract has been deposited.

According to those in the know, Laporte’s form has been up and down a bit over the past 18 months, with La Liga shamans adamant that the defender that Bilbao are buying to replace him, Real Sociedad’s Inigo Martinez, is the superior talent.

However, given the wonders that Pep Guardiola has worked with John Stones in a relatively short period of time, it probably won’t be long before Laporte’s record-busting fee seems utterly arbitrary.

City look to be steadily preparing for life in the post-Vincent Kompany era.