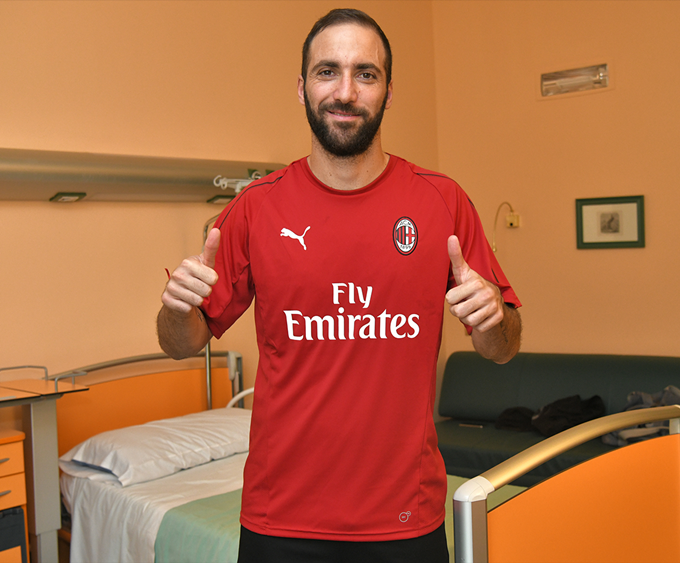 Gonzalo Higuain is now a width of a gnat’s wotsits from completing his move from Juventus to AC Milan after the striker underwent his routine medicals with the Rossoneri on Thursday morning.

The Argentinian international is set to join Milan on an initial season-long loan that will reportedly command a hefty £16million fee, with a further £32million ‘obligation to buy’ clause lumped in for the end of 2018/19 campaign.

While the deal is not rubber-stamped quite yet, everything after this point is usually a formality…

Higuain’s loan is part of a convoluted three-player switcheroo that will see Leonardo Bonucci traipse back to Juve after one less-than-stellar season at the San Siro.

Bonucci signed a five-year contract with Milan when he completed his gigantic €42million transfer last summer, but that’s being mulched to pave the way for Higuain’s smooth passage t’other way.

The third wheel is 24-year-old defender Mattia Caldara, who will join Higuain in moving from Juve to Milan but on a permanent deal valued at £31million, thus effectively cancelling out the Bianconeri’s £31million valuation of Bonucci.

Capiche? No, us neither.