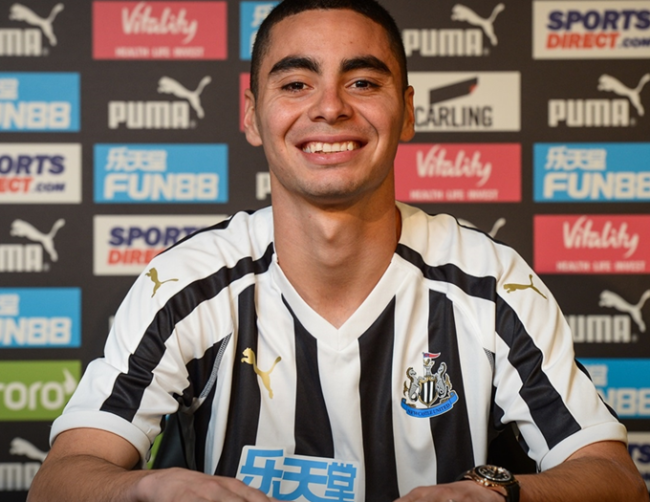 Newcastle have completed their slightly protracted deal to sign Miguel Almiron from MLS side Atlanta United.

The 24-year-old Paraguayan attacking midfielder has moved to St James’ Park after agreeing a five-year contract.

The fee involved is believed to be around £21million, meaning the Toon have broken their transfer record for the first time since signing Michael Owen from Real Madrid for £16million back in 2005.

Almiron scored 13 goals and provided 13 assists last season as Atlanta won the MLS Cup for the first time in their short history.

For the sake of the Newcastle fans, who really have been made to wait for this, we sincerely hope Almiron proves to be an instant and sustained success.

As ever, only time will tell if the latest is truly up to snuff.