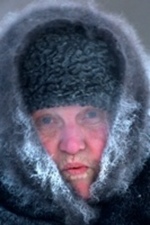 England’s crucial Euro ’08 qualifier against Russia on 17 October looks set to be played on an artificial pitch, at the Luzhniki Olympic stadium in Moscow. I guess the Russian FA is worried about a frozen pitch, and with good reason – Moscow in October can be colder than a witch’s tit.
‘It is 99.9% certain it will be held on a synthetic pitch,’ said a spokesman for the Russian Football Union. ‘Russian coach Guus Hiddink wanted the match played on natural grass, but I don’t think it would be possible to lay out the turf in time for the game.’
Grazed knees and high bounces galore then.