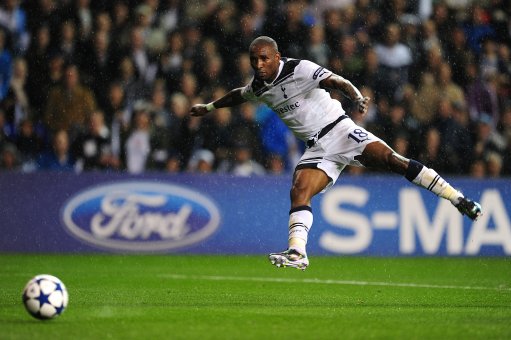 Just keeping you abreast of some post- (or possibly ‘pre-‘, depending on how forward-thinking you are) transfer deadline gossip.

According to serial rumour-mongers Tuttosport – as well as a few other outlets in Italy – Juventus are drawing up plans to launch an audacious €16 million (£13 million) January move for Tottenham striker Jermain Defoe;

“The new board at La Vecchia Signora [Juventus] want to make a big name signing in winter, after being stung by criticism of their summer market campaign.

Defoe is the kind of shoot-on-sight striker that they are missing, and comes highly rated by the Juventus board. They now plan to make an approach when the transfer window re-opens next year.”

Now, Juve bought in Milos Krasic, Alberto Aquilani, Fabio Quagliarella, Simone Pepe, Armand Traore and highly-rated defender Leonardo Bonucci (amongst others) over the summer, which is hardly a lacklustre effort as regards transfer activity – but that seems to be a moot point in these Torinesi-based shenanigans.

What do you make of all that then? Even if it is complete hogwash, doesn’t £13 million seem a little on the light side?.