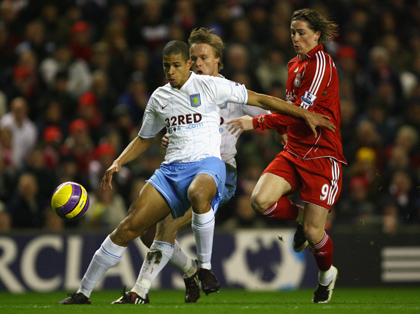 Perhaps the biggest surprise from the announcement of Fabio Capelloâ€™s first England squad is the exclusion of a certain international brand name â€“ but there are also a few faces who made it into the squad that we didnâ€™t expect to see.
The Italian has named a preliminary 30-man squad, which will be trimmed to the required 23 after the weekendâ€™s Premier League games. There have been a few surprise inclusions and first caps given, especially at Aston Villa who now have as many players representing England as Man United.
Click for a look at some of the surprises in Fabio’s first squad and vote for the biggest shocker.

We think the biggest surprise was a call up for Curtis Davies, who likened his debut Villa performance to that of a â€˜pub playerâ€™ earlier this season. By naming six central defenders in his squad, Capello has given us an insight into his style of play â€“ although weâ€™re also not sure how Matthew Upson made the list. And, weâ€™d have chosen West Hamâ€™s Robert Green over Wiganâ€™s Chris Kirkland.
The midfield appears more settled but there are more surprises up front. Gabby Agbonlahor probably deserves his first cap on merit this season but Emile Heskey has hardly scored all season and Michael Owen is woefully out of form.
Vote for the biggest surprise inclusion or let us know if there’s another name on your mind.