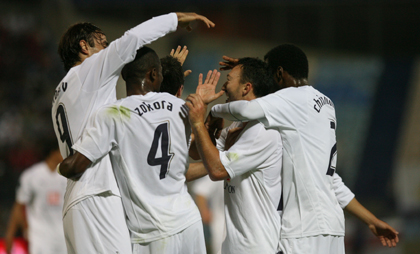 It may be Europeâ€™s second class competition but the UEFA Cup is a difficult trophy to win. Great Britain has five teams still left in the tournamentâ€™s last 32 â€“ but who do you think has the greatest chance?
Everton secured a 2-0 win against FC Brann that should take them into the last 16 but Rangerâ€™s goalless draw against Panathinaikos means they face a tricky away fixture â€“ while Spurs, Bolton and Aberdeen all play tonight.