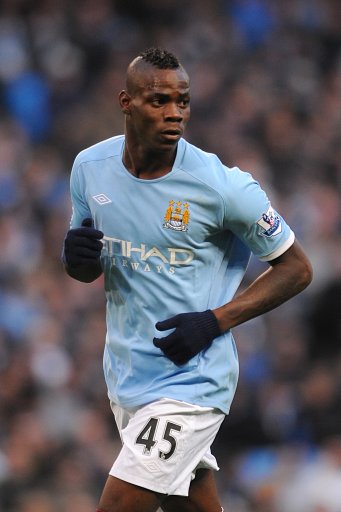 The agent of Manchester City striker Mario Balotelli has had to play down growing speculation in Italy that his client is seeking to return to the Serie A (with AC Milan), just two short months after moving to Eastlands in a deal worth £24.5 million.

City have hardly seen anything from their summer signing yet, with the 20-year-old striker making just two appearances so far this season due to a persistent knee injury.

However, his representative Mino Raiola still felt that the rumours needed to be quashed:

“Balotelli has a five-year contract with Manchester City with no clause. City has never expressed a willingness to sell him, nor has Mario ever expressed the intention to leave.

Come back in Italy? Mario is very well and is happy where he is. Now he must concentrate and think about just playing.”

Don’t you just get the feeling that Super Mario is already blossoming into the kind of ‘superstar’ mercenary that is willing to kiss the badge of whichever club is paying this month’s wages?