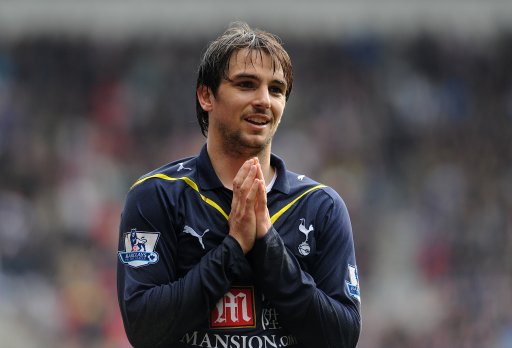 After last week  admitting that his peripheral existence at Tottenham this season has left him feeling ‘a little empty’, it should come as absolutely no surprise that midfielder Niko Kranjcar is now beginning to seriously think about leaving the club.

“Of course, I have to wait to see what Tottenham have to say, but as things stand, a transfer somewhere else is not that far away.

“I am not angry or too disappointed. I believe that things will improve at Spurs, but if not then I will look for a club where I can play week in and week out.

“I don’t want to spend my years just sitting on the bench because I love this sport which is why I’m unhappy when I’m not playing more regularly.”

Kranjcar’s father, Zlatko (who currently serves as Montenegro’s manager) was a little less veiled about his son’s future at White Hart Lane, telling 24Sata that an exit is imminent:

“Niko is definitely leaving Tottenham. That is his choice and I totally agree with him. There just isn’t any sense to be sitting on the bench all the time.”

I’ve said it before and I’ll say it again, if Kranjcar isn’t a Liverpool player by February 1st, then I’ll gladly ingest my slippers.