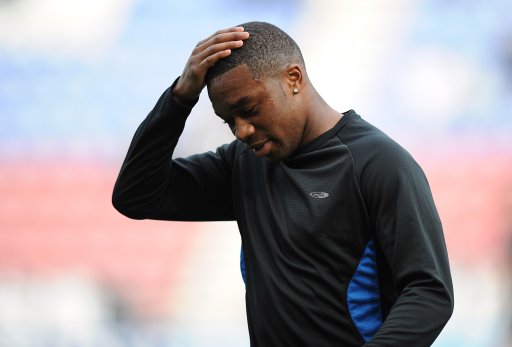 You might want to find something to bite down on because this one is a bit of a shocker.

The most aspirant (to put it politely) footballer of the modern age, Charles N’Zogbia, is angling for a move again after admitting that Wigan are merely a ‘stepping stone’ in his endless crusade toward glory.

N’Zogbia is quoted in the Daily Star as saying:

“Wigan is just a stepping stone. They know very well I’m not a player who is going to stay at the club.

“I give 100% on the pitch, but, if there’s a bigger club that wants me, the manager and the president have always told me the door is open for discussion.”

N’Zogbia is also reported to have said that an offer from Marseille was ‘not something he’d refuse’. Say what you want about his myopically bloated ego, but you really can’t fault his honesty – although this is the exact same trick he pulled to force an exit from Newcastle the January before last.

So, where to now for N’Zoggy? Or, more to the point, who would want such a blatant attention-whore/beggar hybrid on their books come the summer?