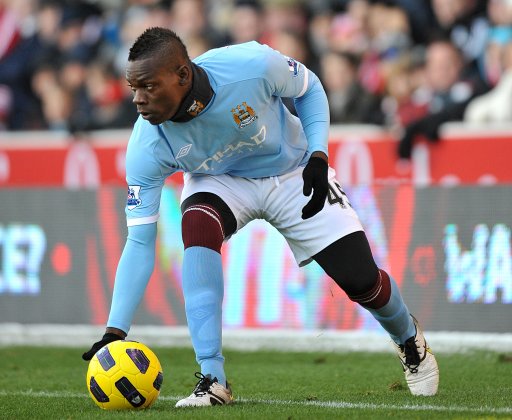 The agent of Manchester City striker Mario Balotelli has dismissed, well…almost dismissed, talk of his client leaving Eastlands to join AC Milan (and his one true love, Zlatan Ibrahimovic) next summer – insisting that a move is ‘impossible’, well…’almost impossible’.

“Balotelli went to City with a strong commitment to (manager Roberto) Mancini and he should thank him for his confidence. But, the fate of Mario doesn’t depend on Mancini.

“He went to City and will remain there for several years. It is impossible for him to join Milan in June, almost impossible.”

Where there’s a will there’s a way, eh Mino? I’ve said it before and I’ll say it again: If Mario Balotelli isn’t on Milan’s payroll by next September, then I’ll happily eat a large bucket of gravel.