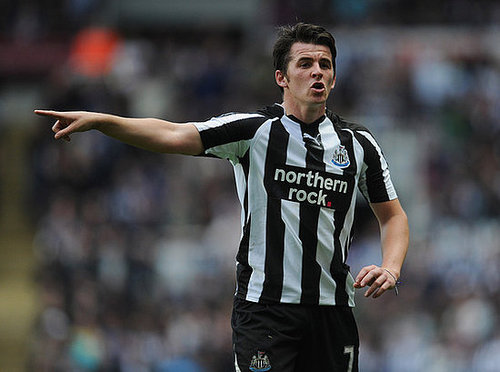 Dubious stuff in the Mirror this morning, with reports that West Ham are considering a £5 million January bid for Newcastle ne’er-do-well Joey Barton, who is apparently ready to leave the club at the first opportunity in protest over the way that the ownership mistreated his ‘mentor’ and only friend in the world, Chris Hughton.

The paper also suggest that the Hammers are hoping that Barton’s ‘fire’ will help haul them out of the relegation zone, but are still planning to offer a lengthy five-year contract (and a huge wage) as ‘proof of their faith in him as a long-term solution, rather than just a short-term saviour’.

The report is concluded with the scurrilous proviso that, with West Ham’s only half-way decent midfielder Scott Parker almost certain to join Tottenham in the New Year, the Premier League’s table-footers may be in dire need of a new combative scrapper come February.