Is this the quietest summer for transfers since the Premier League began? 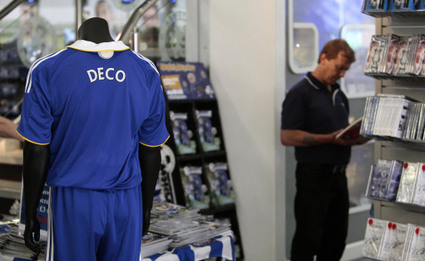 I’ve never known a summer quite like it, at least not since the dawn of the Premier League. The back pages of the tabloids have been overflowing with transfer rumours since the end of the 07/08 season, but what has actually happened? Very little indeed. Deco has gone to Chelsea, while Arsenal have signed Samir Nasri and Aaron Ramsey. Liverpool bought a couple of defenders; I’m more interested to see how Spurs’ new boys cope, especially Gio dos Santos and Luka Modric. Apart from that, it’s been very quiet.
The Cristiano Ronaldo saga is offically tedious, as are the Gareth Barry and Didier Drogba rumours. Andrei Arshavin still hasn’t moved and his price is falling daily. The same goes for David Villa, as Euro 2008 hype fades and reality kicks in. Will Adebayor stay or go? I don’t care anymore, although it seems that no one really wants to buy him.
The truth is, football is starting to feel the pinch. There is no Premier League credit crunch – yet – but you can tell that clubs are much more wary to splash out on relatively unproven players who looked great in two European Championship matches but have done little else.

The transfer market peaked a season or two ago, now it is on the way down. As Arseblog points out in, it’s agents who often start the rumours and overvalue their clients by 100%, often more – then they run to the tabloids. Cue scores of bullshit rumours.
But clubs have learnt by now that the best thing to do is stick to their guns – look at Liverpool and Gareth Barry. There is a chance that Barry will now stay at Villa, because Villa themselves priced Barry at Â£18m – now in what strange world is Gareth Barry (a decent club player who has done a good job for his country a few times) worth almost Â£18m?
Man Utd signed two English midfielders, Owen Hargreaves and Michael Carrick, for silly money (both players’ value has fallen considerably, and not because they’ve played poorly), but they got held to ransom when the market was at its peak. Liverpool are very reluctant to do the same with Barry (they want Xabi Alonso to go to Juventus to fund the Barry deal), although they could blink at the last minute.
Whatever, this is a welcome dose of reality for the big football clubs all over Europe. Only a very rich club, like Chelsea, can afford to keep on buying – and even they seem reluctant to go crazy.