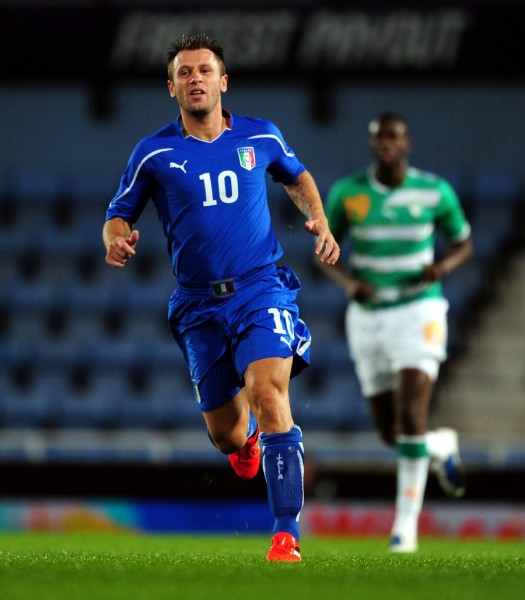 Antonio Cassano will become a Milan player on 3 January 2011 after the rossoneri reached an agreement with Sampdoria to pay Real Madrid half of his €5 million buy-out clause. Samp will pay Madrid the other half of Cassano’s contract – that’s how badly they wanted to get rid of him. He joins Milan on a three-and-a-half year contract, which runs until 2014.

Cassano, Zlatan and Robinho up front!? Hard. To. Handle. That’s up there with Tevez, Balotelli and Craig Bellamy in the trouble stakes.