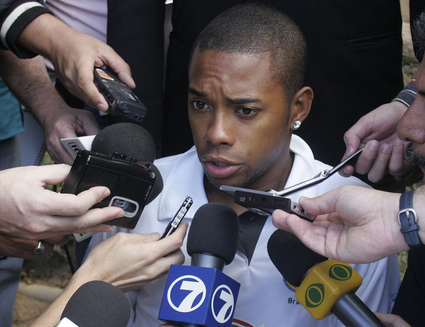 According to The Guardian, Real Madrid have told Robinho that he will be allowed to leave the Bernabeu, but only if Chelsea offer Â£32m for the Brazil international. The London club recently had a bid of Â£26m refused.
Big Phil Scolari is desperate to sign his first Brazilian, and with no chance of Kaka leaving AC Milan, Robinho is the best option.

Robinho is still upset that he was lined up as a makeweight in Real’s failed Cristiano Ronaldo bid, and he has said the prospect of teaming up with Scolari appeals to him.
But will Chelsea go any higher than Â£26m? Should they? How much do you think Robinho is worth? Vote below, or leave a comment.