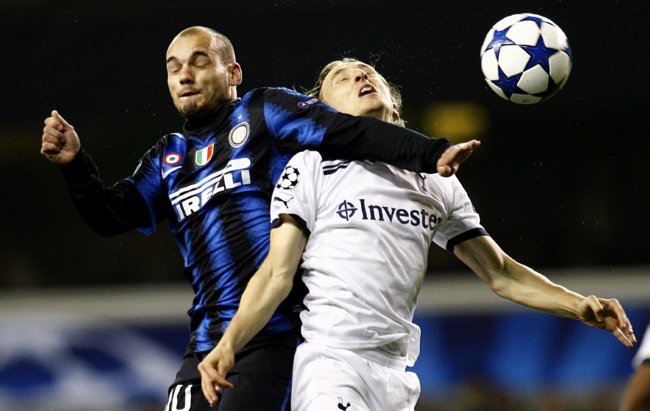 On the very day that, according to the Guardian at least, the Manchester United board will take a relaxed attitude to Sir Alex going out and snagging a couple of ‘bank-breaking, world-class targets’ this summer comes the news that Wesley Sneijder – a man who was thought to be at the very top of Fergie’s wishlist – will sadly not be one of them.

When asked by Corriere dello Sport where his immediate future lies, Sneijder replied earnestly: “Next season? I’ll be here (at Inter).”

After missing several weeks with an ankle injury, the Dutch playmaker is set to return to the Inter fold this in good time to face Palermo in the final of the Coppa Italia this weekend – a prospect he is relishing:

“I’ve been training with the squad without any problems. I’ll certainly be there against Palermo, I want to play and win the Coppa Italia so that we can end the season in a good manner.”

Well then, that should put those pesky rumours to bed for a while – though, with the way these things tend to work, you can probably now look forward to an entire summer of daily ‘Luka Modric set to join United’ waffle as a result.