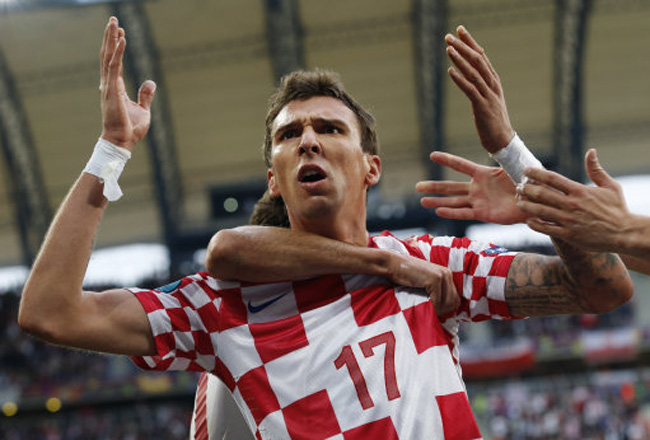 In-form striker Mario Mandzukic made it three in two games for Euro 2012, when he netted a precious equaliser for Croatia against Italy in Poznan. The result sees Group C still wide open ahead of the final match-day.

Italy started the brighter and Cesare Prandelli’s side were ahead before the break, courtesy of a superb Andrea Pirlo free-kick. Although, to be honest, ‘keeper Stipe Pletikosa should have done better.

However, after the break, Slaven Bilic’s side gradually forced their way back into the game, with Mandzukic eventually levelling the scores from cloe-range after defender Geiorgio Chiellini misjudged the flight of an Ivan Strinic centre.