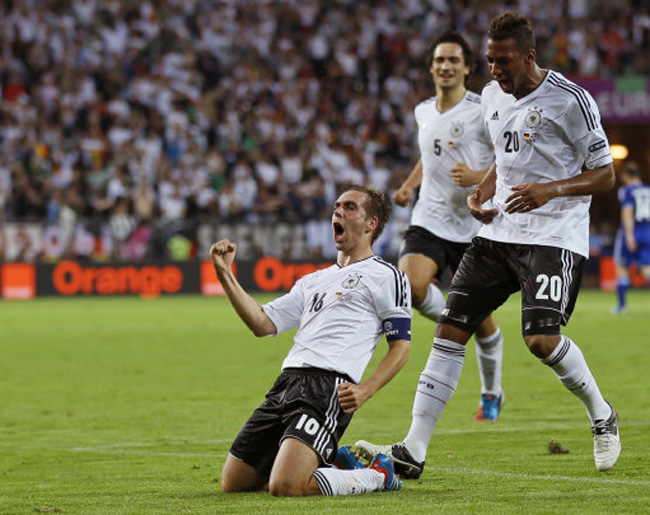 German boss Jogi Loew rested three of this star attackers for the quarter-final tie with Greece, replacing Mario Gomez, Thomas Mueller and Lukas Podolski with the equally gifted Miroslav Klose, Marco Reus and Andre Schurrle. However, the change of personnel had little effect on Germany’s increasing momentum in Poland and UKraine.

The Mannschaft dominated the game against a Greek side who rarely ventured forward. However, it took until the 39th minutes for the Germands to score, courtesy of captain Philip Lahm.

On 55 minutes, totally against the run of play, Georgios Samaras netted a shock equaliser for the Greeks, but goals from Sami Khedira, Klose and Reus put the Germans out of reach, although Dimitris Salpingidis did net a late penalty.

So Greece go home after a decent tournament, while for the Germans, a semi-final clash with either Italy or England awaits. It’s all getting quite exciting, actually!