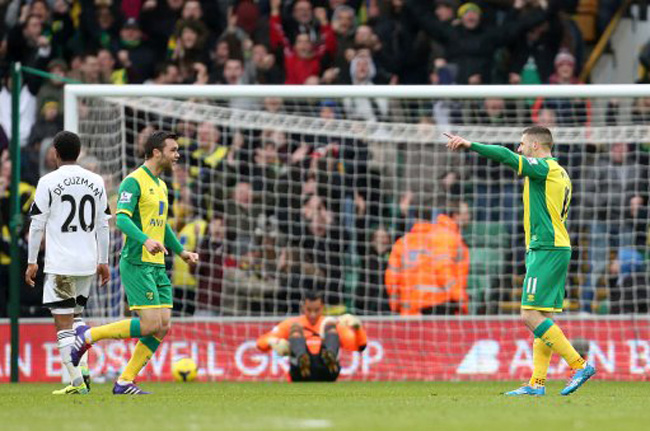 A superb long-range volley from Norwich’s in-form hitman Gary Hooper secured a point for the home side at Carrow Road. Swansea had taken an early lead courtesy of Nathan Dyer after an error from Sebastien Bassong but ex-Celtic man Hooper hit back in fine fashion on the stroke of half-time. Swansea, as you’d expect, had most of the possession but couldn’t get that second goal while goalscorer Dyer was stretchered off with a suspected broken ankle.