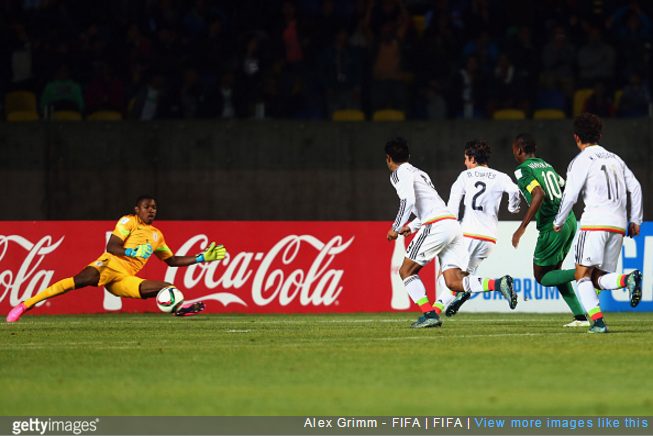 The numbers are in and Diego Cortes has managed to salvage a modicum of positivity for the Mexico Under-17 World Cup side in the wake of their crushing 4-2 semi-final defeat at the hands of eventual winners Nigeria.

Indeed, having picked up 33% of the official FIFA vote, Cortes has been bestowed with the ‘Goal of the Tournament’ award for his sublime solo effort to square things up at 2-2 in the Nigeria game.

Picking the ball up way out on the right wing, the 17-year-old midfielder embarked on a lightning charge toward the Nigerian goal, dodging effortlessly past five defenders on the way before rolling a composed finish past the oncoming goalkeeper…

“I collected the pass, set off and just looked out for the gaps all the time,” Cortes later recounted to FIFA.com.

“All of a sudden I was in front of goal and scored. Obviously I checked to see whether any of my team-mates were free but nobody was,”

Sadly, that great feeling lasted approximately half an hour before the Super Eaglets rallied and sent the Mexicans packing.

Hey ho, such is life.