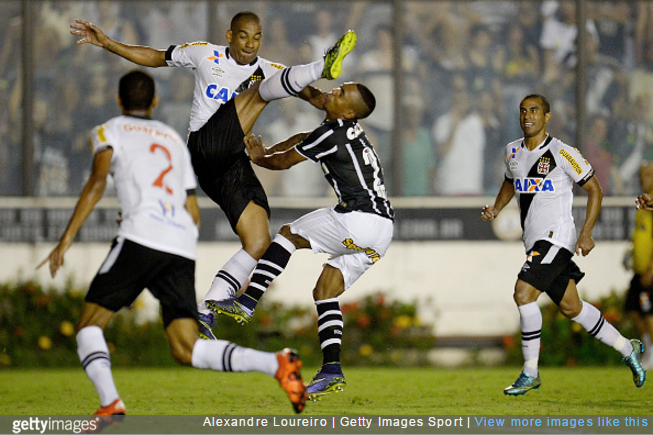 Corinthians secured their sixth Brazilian championship last night after a 1-1 draw against Vasco (coupled with results falling kindly elsewhere) saw them take an insurmountable lead at the top of the Brasileiro table with three games left to play.

It was Vasco that took the lead, and did so with ten men on the field after defender Rodrigo was unsurprisingly dismissed for walloping Corinthians winger Malcom in the face with a flying crane kick that Daniel-san himself would be proud of…

Only worthy of a yellow card, apparently – though it just so happened to be Rodrigo’s second of the match.