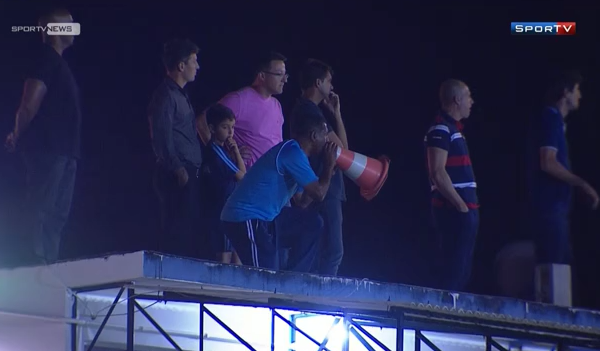 After finding himself banished to the stands during his side’s game against Figueirense on Wednesday night, Guarani de Palhoca coach Sergio Ramirez was forced to improvise in his efforts to communicate with his players from afar.

Thankfully, Ramirez happened across a handy traffic cone on his way up to the gantry on the roof of the stadium and duly used it as an impromptu megaphone to bawl his instructions down from the gods.

In fact, things were going swimmingly until the cone ran away…

Guarani managed a 2-2 draw on the night to snaffle themselves a much needed point in the round-robin stage of the Campeonato Catarinense.