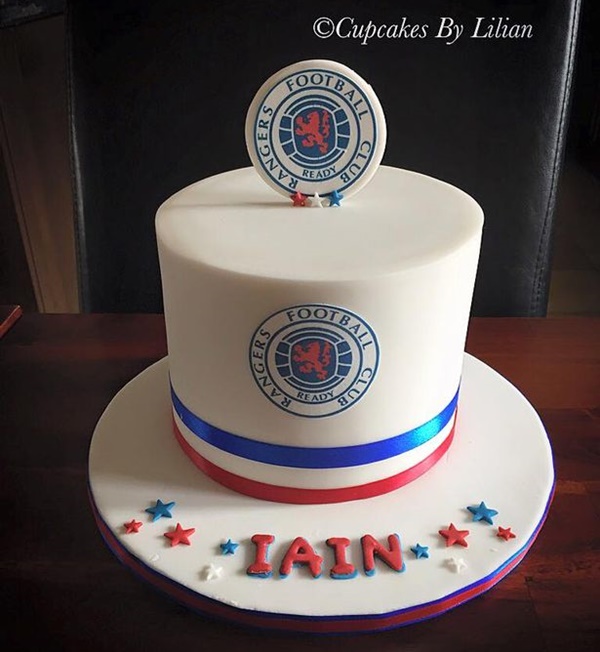 A dyed-in-the-wool Rangers fan got a fair old shock as he went digging into his birthday cake, after his workmates organised a prank cake for the big day.

The supporter in question, a chap named Iain, was presented with a rather ornate Rangers-themed cake at work, but the video of him taking a slice has proved to be something of a viral hit north of the border.

Thanks to a local bakery who were in on the conspiracy, the inner gubbins of the cake were decked out in a different club’s colours. See if you can guess which one…

(Just before you proceed, be warned that there is a healthy amount of ‘industrial’ Scottish vernacular present in the video)

Here is the video of Iain cutting his ‘surprise’ cake!! Contains strong language from the start lol x

The cake was the fiendish handiwork of Cupcakes by Lilian, who are based in Glasgow and proudly shared the video of the devastation their creation caused.

So I made a Rangers FC ‘surprise’ and this time I managed to see a video of the birthday boy cutting into his cake only to discover the sponge inside was green and white hoops! His reaction is fantastic!

Thankfully, Iain just about managed to see the funny side, posting on Lilian’s Facebook page: “Superb. The cake was amazing, thanks.”

Not the first football-themed stealth cake we’ve seen, but a goodie nonetheless.