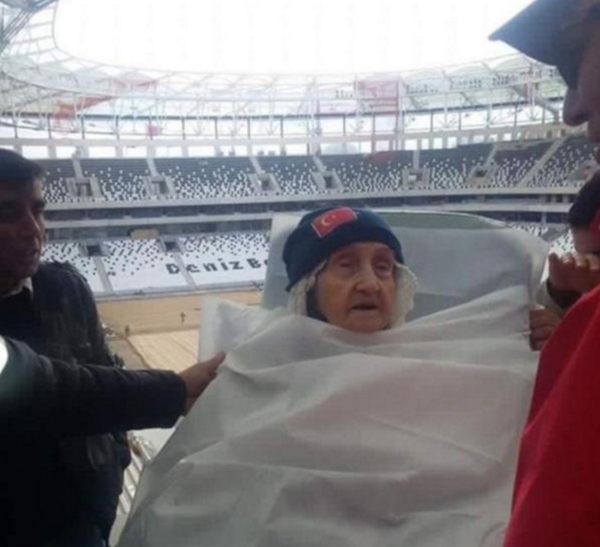 The grand old lady you see above is Meryem Ruacan. She is 100 years old and has been a devout Besiktas fan for most of that century.

She was around 30 when Besiktas moved into the Inonu Stadium in 1947, the famous old ground that the club have now begun demolishing in order to build a swanky new 43,500-seater bowl on top of.

However, after being taken ill shortly after her 100th birthday, Meryem was concerned that she might not get the chance to lay her eyes on her beloved Besiktas’ new home.

Thankfully, after getting special dispensation from the hospital, she was allowed to make the trip across town in an ambulance and then take a VIP tour of the new stadium without having to leave her gurney…

How wonderful. Something tells us that Meryem is going to make it to the opening game as well, no problem.