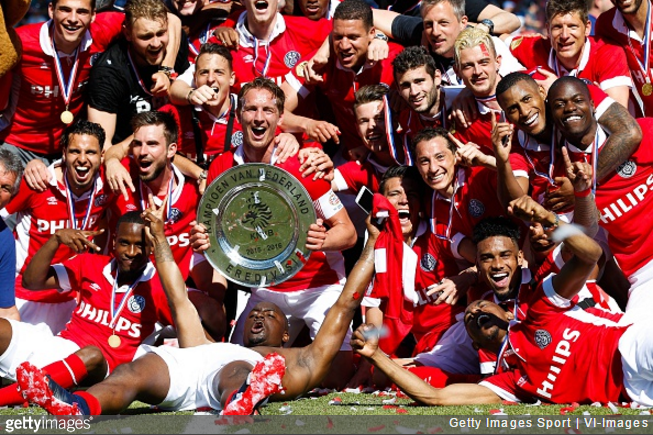 There were scenes of a decidedly dramatic nature over in the Netherlands this weekend, with PSV leap-frogging Ajax on the final day of the season to win their 23rd Eredivisie title at the last possible moment.

Having topped the table for months, Ajax went into the last round of games knowing that their superior goal difference meant a win over relegation-flirting De Graafschap would be enough to seal the championship in their favour.

However, they spluttered to a 1-1 draw, meaning PSV’s 3-1 away win over PEC Zwolle catapulted them to the summit and the silverware. Cue mayhem.

As is apparently traditional in Dutch football (see exhibits A and B), the lads from Eindhoven made sure to chuck the trophy on the floor moments after being presented with it…

These continental folks with their strange customs.