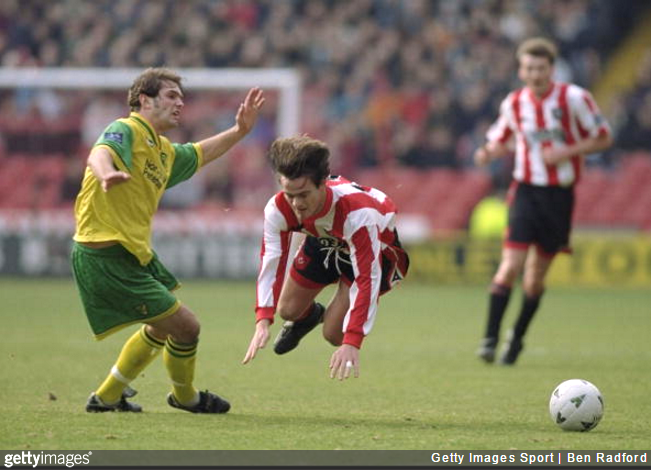 Steady thine self pilgrims, for you are shortly about to bear witness to perhaps the ugliest goal ever scored in a professional football match.

It came back in the dank, squalid, culture-less mire that was the late 1990s – roughly 1997-ish by our reckoning – during a game between Sheffield United and Norwich City in the old Division One, now known colloquially as ‘The Championship’.