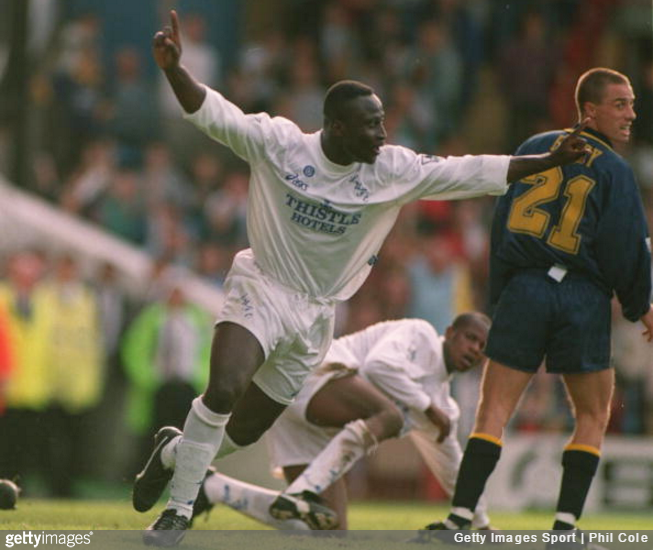 Depressing as it may be, it’s 21 years to the day that Tony Yeboah thrust his way into Premier League immortality by rattling one in off the Selhurst Park crossbar with his ‘weaker’ foot.

Just a few weeks after his ‘other’ scorcher against Liverpool, Yeboah ended a mini-drought with a hat-trick in Leeds’ 4-2 win over Wimbledon that included this famously monstrous strike…

Some say that crossbar still hums to this very day.

As it happens, Yeboah later revealed that he only considered his goal against the Dons to be “good” while his volley against Liverpool was “great”.

The one against Wimbledon was also good but it was a game we won easily. I scored a hat-trick and it was 4-2.

The one against Liverpool, in contrast, meant a great deal. It was the goal of the year, the goal of my life.

I can still watch it every day and not get tired.