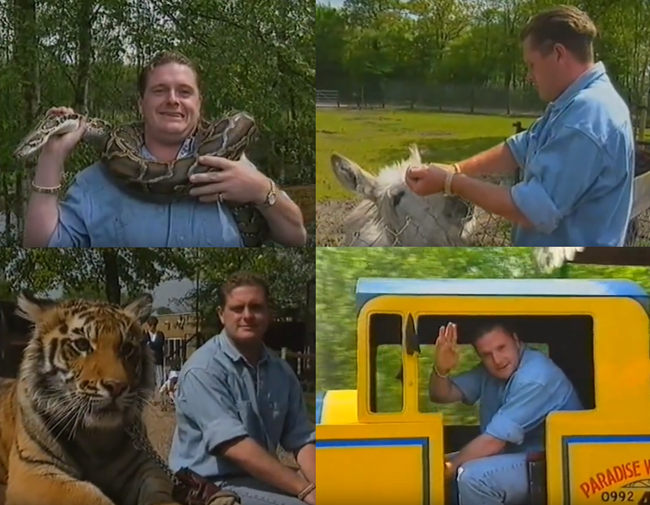 Paul Gascoigne taking in all the sights, smells and jump-scares that come with a trip to the Paradise Wildlife Park at Broxbourne Zoo in Hertfordshire.

During the video, Gazza mentions needing surgery after an England match, which may well be the broken cheekbone he suffered in a nasty collision with Jan Wouters in a game against the Netherlands at Wembley, which would date this video a some point around mid-1993.