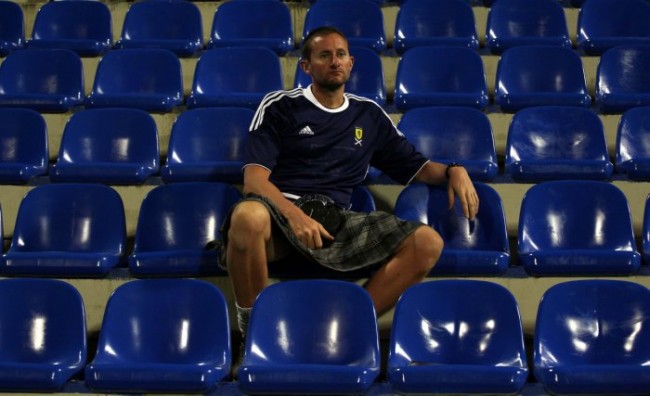 (First up, apologies for that headline. In my current drug-addled state I’m afraid I found it a lot funnier than it actually is.)

Alas, dear friends, ’twas not to be. Needing a win over the reigning World and European champions to secure themselves a place in next month’s Euro 2012 qualification play-offs, Scotland were overrun and eventually went down 3-1 to Spain in Alicante last night – with a first-half brace from the bang in-form David Silva and David Villa’s 50th international goal ten minutes after the interval rendering David Goodwillie’s 66th-minute penalty little more than a partial consolidation.

So near, yet so very far and – particularly galling for the Scots – a 4-1 win over Lithuania in Kaunas last night means it’s those cheating Czechs that have snook into the play-offs from Group I ahead of them.