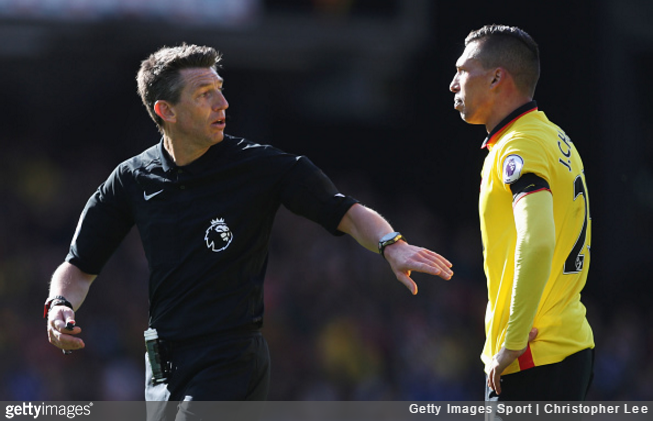 It’s gone under the radar thus far, but Watford defender Jose Holebas is on the brink of setting a new Premier League record this season.

After being cautioned in the fourth minute of Monday night’s game against Chelsea, Holebas moved level with four other players who currently share the record for accruing the most bookings (14) over the course of a Premier League season.

Basically, the Greek full-back now has one match remaining (against Man City on Sunday) in which to garner a record-shattering 15th yellow card of the season and move out on his own at the top of the tally list.

Should you be wondering, the five-way tie is currently between Holebas, Lee Cattermole, Mark Hughes, Robbie Savage and Cheick Tiote – a rather predictable rogue’s gallery if ever there was.

Rather oddly, the Hertfordshire Mercury have chosen to mark Holebas’ momentous achievement by producing a faithful retrospective of all his disciplinary wobbles this season, including the time, date, opponents and infringement involved in each separate card.

We know it’s hardly been a vintage year at Vicarage Road, but still…