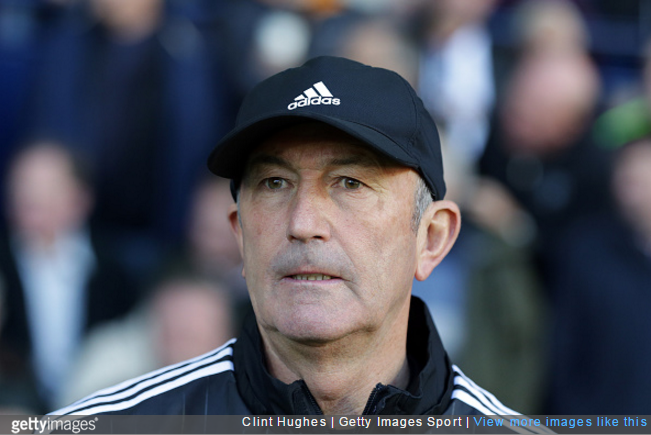 If the myriad bemused responses on Twitter are anything to go by, it looks as though West Brom may have missed the mark with a little PR ploy they’ve attempted this afternoon.

Some bright spark in the Baggies’ marketing department decided it would be a good idea to have manager Tony Pulis record a message, disguised as a genuine personal phone call, to alert fans to the fact that half-season ticket cards are now on sale via the club.

However, rather than treating the call as a charming gesture, many supporters were simply left dumbfounded by the presence of Pulis in their voicemails…

Just had a ‘phone call’ off Tony Pulis urging me to get a half season ticket. Whose idea was that @WBAFCofficial?

Anyone else had the guilt trip call from Tony Pulis this morning via the Albion ticket off! Two times now

Just had one of the strangest calls of my life off Tony Pulis asking me to buy a half season card. Didn’t know he was manager/secretary.

A voicemail from ‘Tony Pulis’… As you do 🙄

Just had Tony Pulis call me from Frankfurt asking if I want a half season ticket, blimey! no thanks Tone the full one I’ve gots enough! #wba

Some attempted to converse with their manager, but to no avail…

Tony Pulis just called. I asked him if we could keep it on the deck a bit more…knock it around. He just kept on about a season ticket #wba

WTF! Just had phonecall from Tony Pulis telling me get 2get arf SeasonTicket. Tried to interrupt, he ignored me. Think Pulis is a robot #WBA

Obviously others weren’t quite so taken aback…

Tony Pulis just called me from Germany it would appear. Hope we can Snapchat in a bit.

Nice try, but no cigar. We believe ‘swing and a miss’ is the appropriate technical terminology.