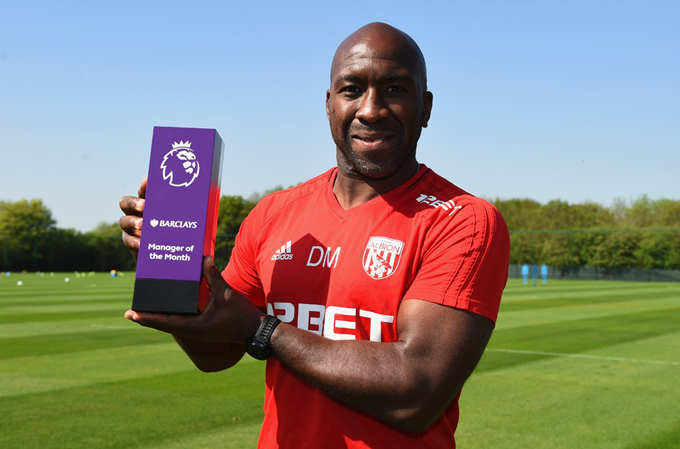 Darren Moore has been named Premier League manager of the month for April despite West Brom having their relegation from the top tier confirmed over the course of the month.

Moore oversaw the acquisition of eight points from four matches (as many as the club had taken in their previous 18 outings under Alan Pardew), including wins over Manchester United and Newcastle, as well as an impressive home draw against Liverpool.

Of course, Moore celebrated his award with the entirety of his team – that’s what he’s all about: the collective, the re-unification of the West Brom family.

Having kicked on into May in a similar fashion with a win over Tottenham, Moore and his staff have also helped reintroduce the feeling that bad not everything was totally hopeless after all for the Baggies, and that there might actually be a light beyond the gloom of relegation.

For that alone, the man probably deserves a knighthood, let alone a plastic purple cuboid.

If Moore doesn’t get the job on a permanent basis beyond the end of the season, we’ll happily eat our dungarees.