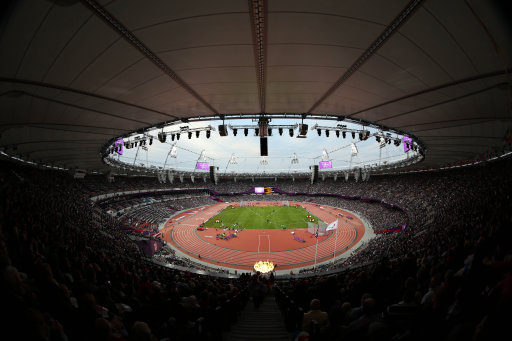 Welcome to the Enormodome, home of The Hammers

After years and years of bids, counter-bids, red tape and back-biting, West Ham have finally agreed a deal to become ‘anchor tenants’ at the London Olympic Stadium, with the club now scheduled to move in ahead of the 2016/17 season.

The announcement comes after the government agreed to pump another £25million into converting the stadium into a football ground, taking their total contribution to £60million. The overall cost of the conversion is estimated to be around £150-190million, with the roof needing to be extended, the capacity reduced from 80,000 down to 60,000 and a football pitch laid.

The rest of the money is being stumped up by you and I, Boris Johnson, Newham Council, a £20million loan from the London Legacy Development Corporation and various other creditors.

As part of the Olympic Legacy tosh, the stadium will need to be converted back to an athletics venue in a matter of days, so the running track will still be in place, with retractable seating placed over the top of it while West Ham are in residence.

The Hammers will only front around £15 million for the conversion (they initially were unwilling to pay anything towards it), though the club will be paying around £2 million in yearly rent for the next 99 years.

We give it a couple of years before Leyton Orient go out of business.