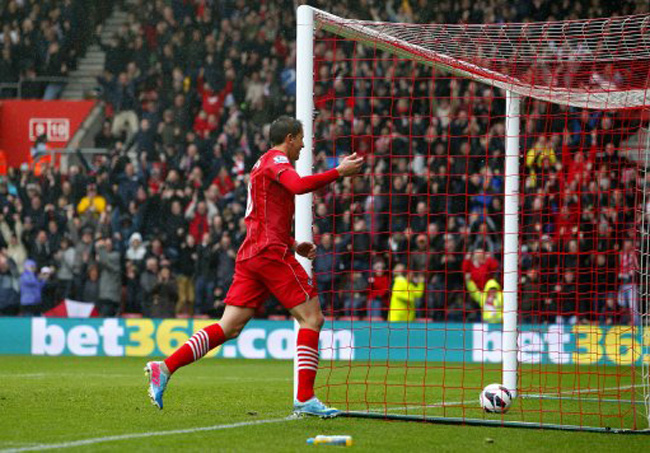 With neither side not quite safe from the possibility of relegation, this was an important clash and one in which neither team held back, with nasty challenges peppering the 90 minutes.

Both sides had chances to break the deadlock before Gaston Ramirez fired home superbly on the hour-mark. However, it only took seven minutes for the Hammers to go level, when Andy Carroll thundered home under the Saints’ wall from a free-kick.

Southampton brought on Jay Rodriguez and Jason Puncheon to add some pace up front but ultimately both sides would have to be content with a point.