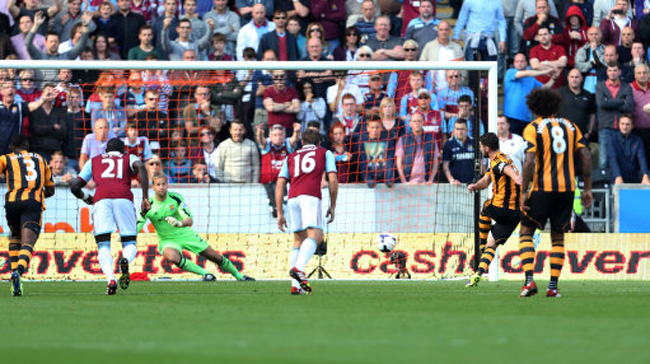 Irish wideman Robbie Brady scored from the penalty spot to secure all three points for Hull today at the KC Stadium. However, the goal was rather controversial, with Brady himself adjudged to have been fouled in the box by Joey O’Brien. However, the contact was minimal with Sam Allardyce, not surprisingly, left fuming by the decision.

Following the goal, the Hammers pushed and pushed for an equaliser but the Tiger stood firm. Although the visitors were then denied  late spot-kick themselves, when Jake Livermore handled in the Hull box. Not a happy day for Big Sam.