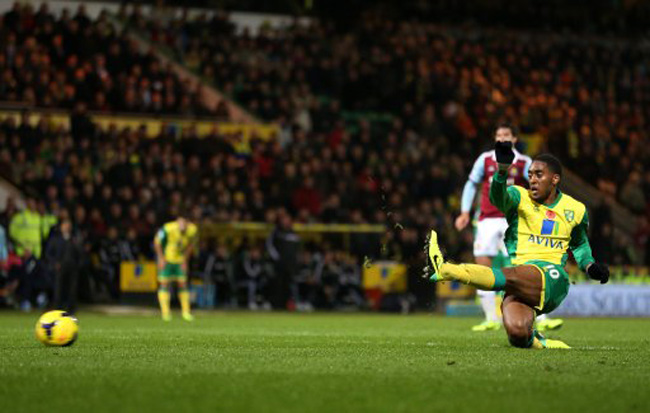 Strugglers Norwich produced a fine second-half display to secure a precious 3-1 at Carrow Road on Saturday, a result that takes some of the pressure off boss Chris Hughton.

West Ham were the better side in the firs period, with Ravel Morrison firing the Hammers into the lead in the first half. However, after the break, the game changed when the usually dependable Jussi Jaaskelainen dropped a cross before fouling Gary Hooper in the box. The ex-Celtic man converted the resulting spot-kick and that goal kickstarted the Canaries, with Robert Snodgrass (courtesy of a superb free-kick) and Leroy Fer securing a vital win.

The win sees Norwich leapfrog West Ham into 15th place, one point ahead of the Hammers.