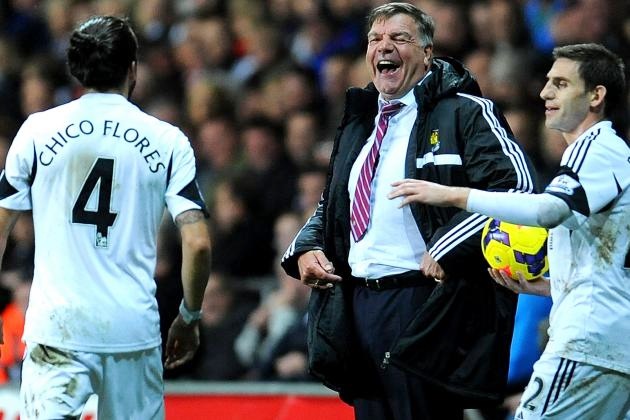 After laying dormant for two long years, ex-Swansea defender Chico Flores has finally seen the man who once so cruelly besmirched his good nature at Upton Park get his long-overdue comeuppance.

Back in February of 2014, Flores was caught up in an aerial tangle with Andy Carroll in which the burly West Ham striker savagely bludgeoned the Spanish full-back to the floor.

However, instead of sympathy, all Flores got was Hammers boss Sam Allardyce guffawing like a rutting hog in his face before going on to brand Carroll’s red card “an injustice”.

He who laughs last… and all that jazz.

In all seriousness, Flores’ play-acting was thoroughly shameful and duly deserved the utter incredulous disdain it deserved.

Quite why he has been harbouring this grudge for two years is beyond us.