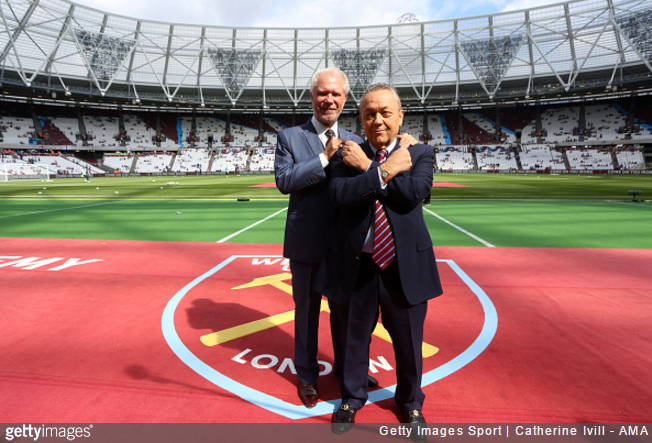 The two clubs are currently at loggerheads over a botched deadline day move for Sporting midfielder William Carvalho, with Sporting’s director of communications, Nuno Saraiva, branding Sullivan a “liar” and a “parasite” after the latter claimed the transfer collapsed because the Portuguese club failed to leave enough time for a medical.

West Ham then threatened legal proceedings against Sporting, with Sullivan claiming De Carvalho deliberately made a song and dance of everything in order to distract from the fact that he was trying to flog Carvalho, one of the team’s most important players.

De Carvalho has since appeared on Sporting’s own in-house television channel to refute Sullivan’s allegations, saying:

Where is it? Proof? Now, [clubs have made] approaches, for sure.

These messengers, these offended virgins, the president of West Ham… We must tell the truth!

The only innacurate aspect is that they’re not actually related. The rest of De Carvalho’s assertion is pretty much spot on.

Anyway, the latest update in this absolutely wonderful exchange of pleasantries is that the Hammers owners are now opting to make a late surge for the moral high ground.

How very mature of them.

Football at boardroom-level really is the pits.