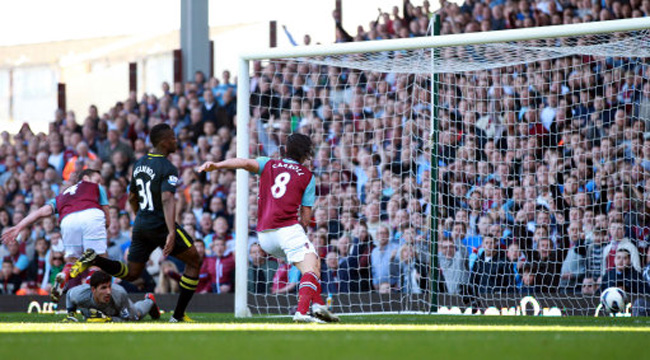 While Wigan have an FA Cup final appearance to look forward to, their Premier League status is starting to look less and less secure as the season enters the home straight.

A goal in both halves from the Hammers, courtesy of Matt Jarvis on 21 minutes and then Kevin Nolan late on, secured a victory for the east Londoners which rubber stamps their own future in the top tier. However, despite creating a number of decent chances, the Latics couldn’t find a way past Jussi Jaaskelainen and are now in serious danger of starting next season in the Championship.

Wigan are now in 18th place, three points behind Aston Villa. Is this the season in which Roberto Martinez finally fails to pull off his trademark escape act?