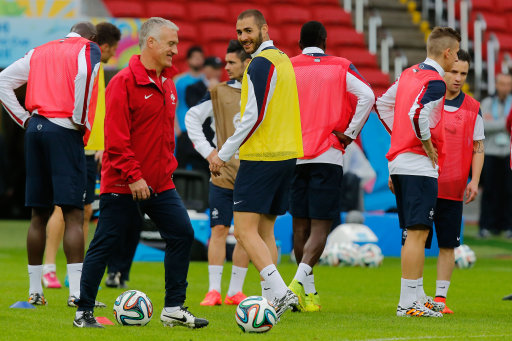 FIFA have agreed to investigate claims made by France that one of their recent World Cup training sessions was spied on from afar by a drone plane.

France coach Didier Deschamps has alleged that the drone hovered over his team’s training session at their World Cup base at Ribeirão Preto as Les Bleus prepared for Sunday’s match against Honduras.

“Apparently drones are used more and more,” Deschamps mithered. “But it’s not up to me, FIFA handles this and has been carrying out an inquiry; we don’t want any intrusion into our privacy.”

“It’s very hard to fight this these days.”

Of course, heaven forbid that anyone should be snooping on this kind of avant garde training drill…